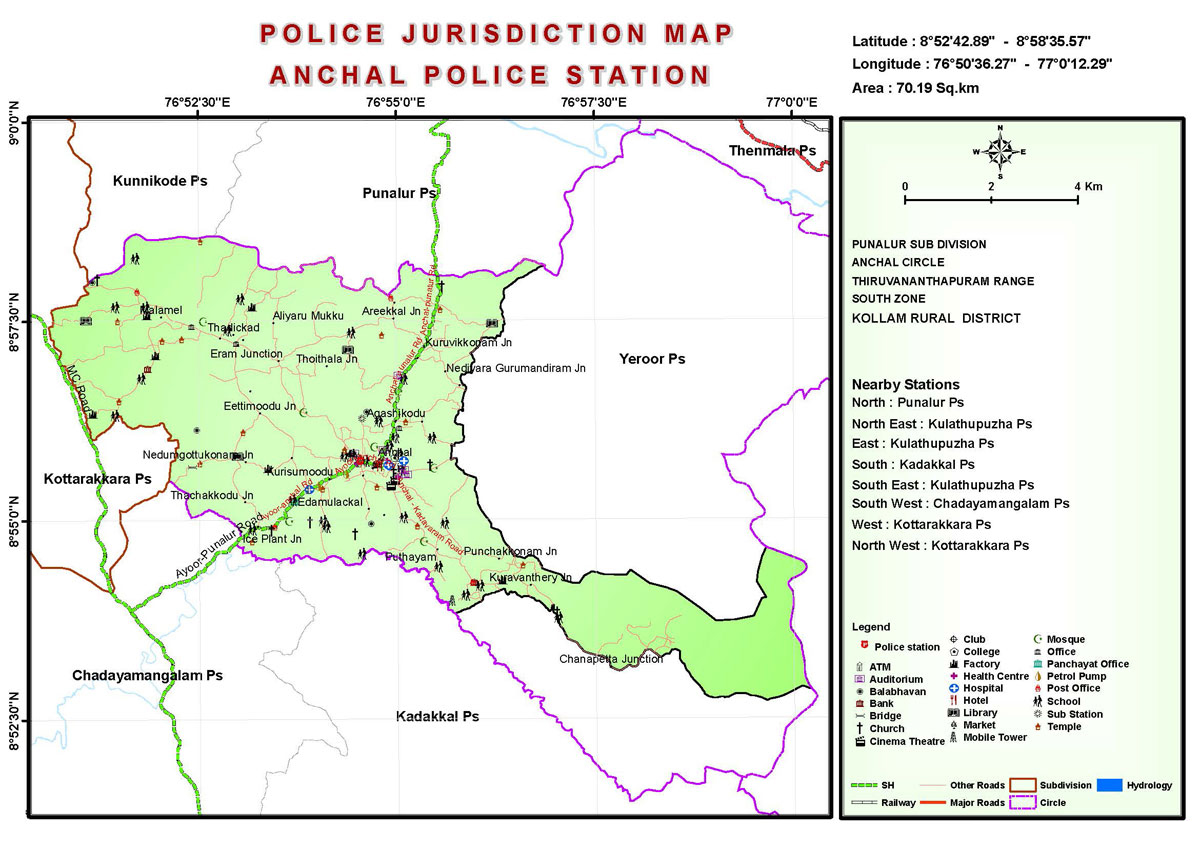 Anchal Police Station is situated in the southeast portion of the Kollam District. Anchal Police station is under the administrative jurisdiction of the Punalur Sub Division. This Police Station is situated at Anchal about 100 meters north of the Market junction and Eastern side of Anchal Thadikkadu Road before reaching Kolara Bridge. Anchal, Alayamon, and part of Edamulackal Gramapanchayath, Anchal, Arakkal, Edamulackal, and Alayamon Villages constitute the Geographical area of this station. Ithikkara river flows through the northern side of the Anchal Police Station limit which demarcates the border of Anchal and Kadakkal Police station. The area is mostly hill areas. The peoples are mostly farmers and rubber and oil palm is the main agriculture products.