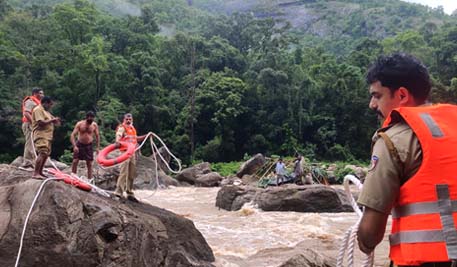 On 15.05.2021, Pambla Dam shutters were opened due to heavy rains Chandran (20) Satheesh (31) and Chellappan (41) of Talanirappankudi Tribal Colony, who were fishing on a rock in the middle of the Periyar below the dam, were submerged and the water receded. One person (Chandran) was later rescued by police personnel, locals and forest officials at Karimanal police station and two others were rescued after the fire brigade arrived.