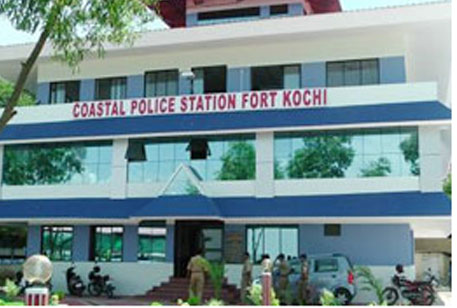 On April 1st 2014, Kerala Marine Station had started functioning at Fortkochi as a part of strengthening the coastal security. Later it was decided by Ministry of Home Affaires to start 8 Coastal Police Stations through out the coastal belt of with the join co-operation of Kerala state government. As per this decision a coastal police station had started functioning at Fortkochi on 05.08.2010. The station was inaugurated by the then Hon. Home Minister of Kerala, Shri. Kodiyeri Balakrishnan. The Coastal Police Station – Fortkochi was built at 40 cents of land which was handed over by the Cochin Port Trust to the respective authorities. The construction of the building was undertaken by Kerala Police Housing Co-operation.