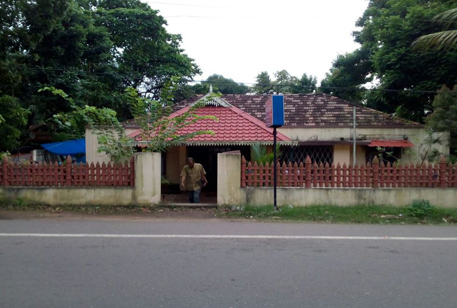 Eloor Police Station is opened on 01.11.1964 as per permenant notification GO(Rt)1257 dated 25.10.1962. of Home department and attached to Aluva Circle.,Ernakulam district. Before that an out post was function here, attached to Aluva police Station within Alva Circle. This Station was added to Ernakulam Circle (Division) from 01.04.1966 under GO No 127/66/Home dated 28.03.1966 when the Ernakulam City was formed.The station has been housing from 01.11.1962 in the old out post building belonging to the FACT in building No VP306 X in survey No 160/02 Eloor east kara in Varapuzha Village paravoor Taluk. New Eloor Village was formed and new station is situated in Eloor Village,North Paravoor taluk,Kochi City District from 09.02.1987 in building No E/P IV/371 83-84 in 22 Cents land at a rent of Rs 1/- per annum and now it is changed as IV /351. The Police Station is situated approximately 20 meters away from FACT Udyogamandal south Gate in the side the Eloor -kalamassery road, Janamaithry project is also functioning in Eloor PS since 2013.The jurisdiction limit is rounded by Periyar river and the newly built Vallarpadom Container road is passing through the limit.