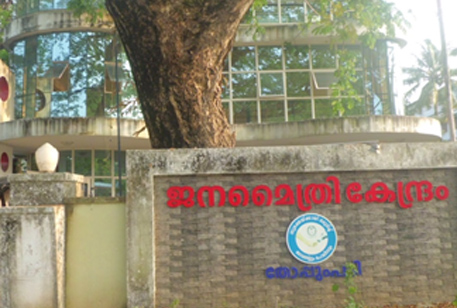 It is connected to the Willington Island via the Mattancherry, Bridge was built by the British in the pre independence period. This bridge is a classic work of the British's Engineering Division. The centre of the bridge can be raised up to the height of the ships, for which the ship can be freely passed under the bridge. Before Four years the Wellington Island was commissioned, the Old Mattancherry Bridge was built, where the center piece can open up for ships to pass by. The bridge was built with wood and steel, and is a fine example of British engineering. The bridge served its purpose till 1998 when the new bridge came close to it. Today the old Mattancherry Bridge does not open up and is allowed only for two wheelers and light motor vehicles. One could see the bridge on the right side when traveling from Wellington Island to Thoppumpady. The new Mattancherry bridge built approximately one kilometer near it now it carries majority of the traffic from Thopumpady to the Willington Island.